The 18-year-old, who grew up in Australia and now lives in San Diego, qualified fifth for the medal round but produced two spectacular runs to finish with the two highest scoring runs of the day – a first run of 94.04 and his gold medal winning finale of 95.83, to finish ahead of Brazil’s Pedro Barros (86.14) and American Cory Juneau (84.13).

Fellow Australia Kieran Woolley, who overcame two broken wrists in Olympic qualifying to secure his place in Tokyo, finished a superb fifth with a score of 82.04, having qualified second for the Final with one of the best runs of the competition. 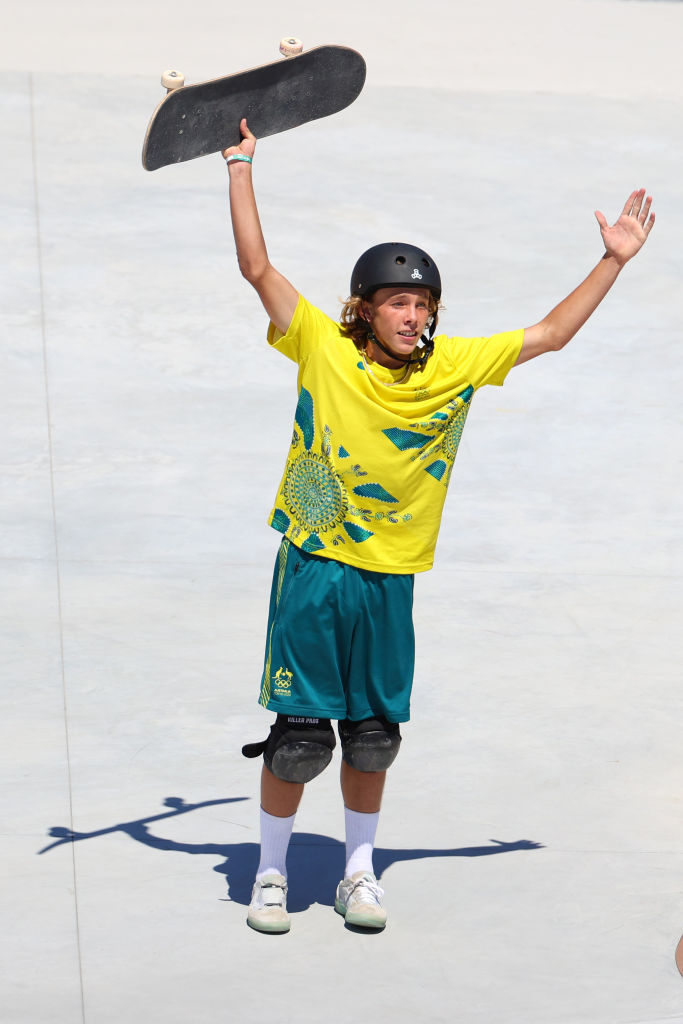 He was one of the first to embrace Palmer once his victory was secured, sparking an outpouring of emotion from the members of the Australian skate team in attendance who mobbed Australia’s latest Olympic champion.

“There’s been a lot of hard work over the last few years and it all paid off today,” Palmer said.

“I’m so grateful to bring it back for Australia. It means a lot to me because that’s where it all started. I never would have expected it, it’s a huge honour and I can’t believe it.

“I just went in to put down a solid first run and then to improve on it. I’m here now and I can’t believe it. All that hard work paid off.

It was an emotional day for Palmer’s family, who were watching on TV in San Diego. His father Chris is an American, his mum Cindy from South Africa. They moved to Australia when Keegan was just one and he spent the next 14 years building his craft at local skate parks before moving back to San Diego, where he is part of a close-knit and elite skateboarding community that included his good mate and fellow medallist Juneau.

“I know my accent’s not too strong so I apologise to every Australia who hears my voice. I lived there from one to 14 and it’s where everything started,” Palmer said.

“I learnt how to skate there so all this hard work came from the blood, sweat and tears in Australia.”

Palmer’s array of tricks in the Final simply blew the opposition away – his kick flip body varial 540 marked the first time the trick had been landed in a major Park competition.

“The tricks in my last run, no one had seen that until we were here. That was my game plan at the start of this year, to make sure that no-one knew what was happening,” he said.

Palmer’s win was made even more special as he shared the podium with two of his closest friends.

“The two guys next to me on the podium are the two guys that I look up to. Skateboarding is a huge family and you can see how happy we all are for each other. We don’t care about who wins we just want to see our friends do good.

“To be next to my two best friends is insane. Skating it just a big family, no nations, just skateboarding.”

Woolley posted an impressive score of 82.04 with his second run in the Final and the 17-year-old from Minnamurra laid it all on the line went for broke on his final run to try and force his way into the medals, but just couldn’t land his big bag of tricks. 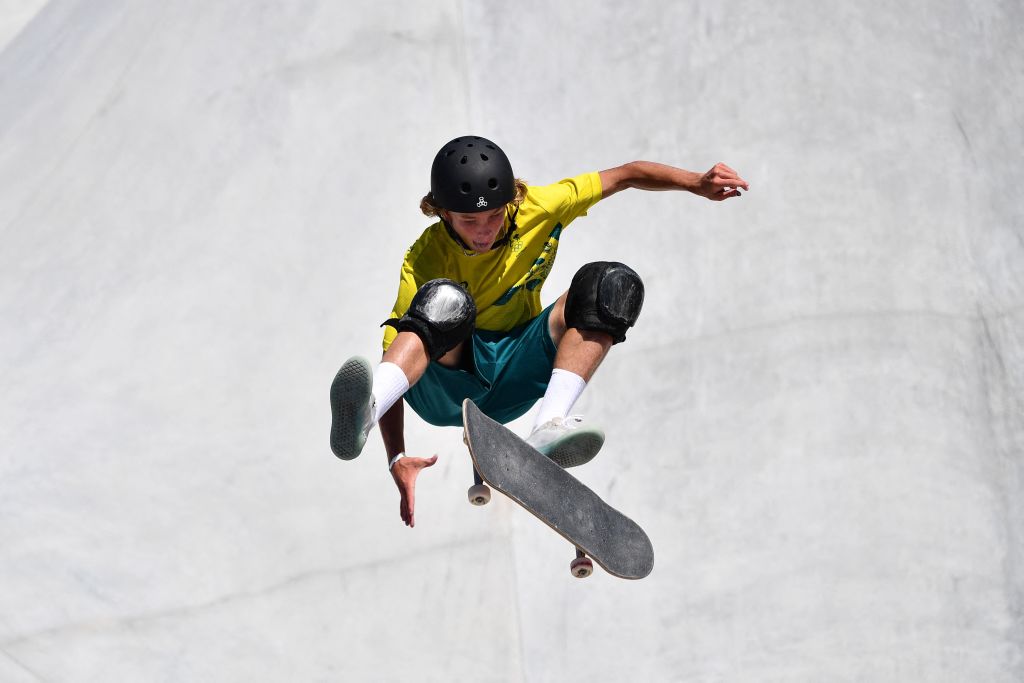 “Everyone killed it. The skating was insane and I’m pleased to be a part of it,” Woolley said.

“I’m am so honoured to even call him (Keegan) my mate. It’s legendary, the first Olympic skateboard event and he took it out. What a beast.

“It was well deserved, he killed it, kickflip 540 and did loads of stuff that no-one has even seen.”

Find events for your roller sport

Latest News – Select a category below